Are Zeiss Eyeglass Lenses Better Than Other Brands?

As a company that has pioneered innovations in eyeglass lenses, coating, technologies, and many other products, Zeiss is generally considered the standard in the eye-wear industry.

Are Other Brands as Good as Zeiss Eyeglass Lenses? 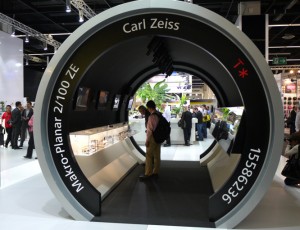 They’re known for extraordinary quality in eye-wear, camera, microscope, and binocular lenses – accurately claiming that their products are used by professionals from Nobel Prize-winning scientists to Oscar Award-winning directors – and have produced many “firsts” that helped form the modern eye-wear industry.

Whether or not this makes them “better” than other brands is really a matter of opinion, but the success of the business founded in 1846 by a 30-year-old mechanic named Carl Zeiss is undeniable. Zeiss opened a small store and workshop in Jena, Germany, with the intention of catering to the equipment of the scientists and mathematicians at the University of Jena. Within months his business flourished, as he not only repaired specialized and delicate instruments but also constructed new ones to exact specifications. Here’s a timeline of the Zeiss history:

Zeiss continues to develop innovations that will define the future of optics. It is this commitment to optical excellence that earns Zeiss its reputation as the premier eyeglass lens manufacturer in the world.